I'm co-founder of an award-winning design agency in Edmonton called Paper Leaf; this is where I ruminate on design, business, & the intersection of both. Other things that turn my crank: type, whisky, coffee, bicycling, and the NBA/NFL. Contact me at jeffreyarchibald [at] gmail.com.

about a 6 minute read

Losing proposals, and the potentially lucrative contracts that come with winning them, just plain sucks. You know you can do that job – knock it out of the park, even. But for some reason, the prospective client went in a different direction, leaving you, your proposal, and the hours that went into it in the good ol’ reject pile.

We’ve been there. I write a ton of proposals at Paper Leaf; some we win, some we lose. Over the years, though, we’ve refined our proposals and learned a lot about why we win the ones we do – and conversely, why we lose. And guess what? The reasons we lose proposals are likely the same reasons you lose yours.

Here’s what those reasons are, and how to fix them. 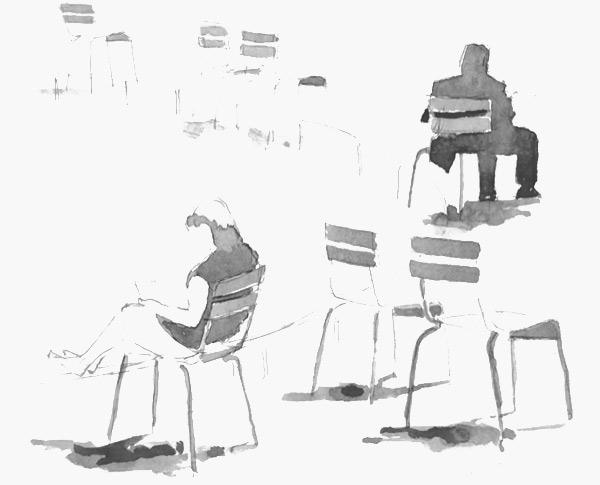 You didn’t pre-validate the client as a good match.

This one is simple. Some clients are a good match, and some aren’t. A proposal will never convince a client to spend $20,000 on something that they value at $500 – so don’t bother. Figure this out quickly, before writing a proposal, and save both parties a bunch of time.

There’s a variety of steps that need to go into a proposal before you actually start writing – and a big one is setting expectations with the client. Do you let your prospective clients know, prior to sending your proposals:

If not, you’re setting yourself up for failure.

Use the initial meeting(s) to learn about the client, but also help them learn about you, what you do, and what to expect from your proposal.

You didn’t build a rapport.

In a similar vein to the above point – buyers hire people they trust, and people they like. It is near-impossible to accurately portray your personality through a big written proposal – instead, you need to start building a rapport with the client immediately, before the proposal. Learn about their business, but learn about them as people too. I don’t know about you, but when I’m working on projects, I prefer to work with people I like.

You’re pitching a Lexus to someone on a Ford budget.

Too many people – on both ends of the client/provider spectrum – don’t like to talk about pricing or budget. The simple truth, though, is that budget is a key matchmaker when it comes to projects. If we aren’t asking our clients what their budget is, or if clients refuse to tell us, we’re swinging in the dark. Clients usually have a number in their head, and sometimes that budget places them in line for a Ford. If you don’t know that, you might be pitching them a Lexus – and that’s a waste of everyone’s time, too.

It can work in the other direction as well – if you pitch a Ford to someone wanting a Lexus, you’re probably losing. The solution? Talk about budget honestly & openly; set expectations; and then deliver a proposal.

You didn’t turn it around fast enough.

I know, you’re busy. So is everyone, though. Our internal rule at Paper Leaf is to turn around proposals in 7 calendar days from the initial needs assessment meeting – and we tell the client exactly that. I’d like to reduce that timeline even more, perhaps down to 2-3 days once we become even more efficient.

I’d encourage you to do the same. Pick a turnaround time that is as efficient as possible – meaning as fast as possible while still allowing you to write a great proposal – communicate that to the client, and stick to it.

You talked too much about cost and not enough about value.

Cost and value are two different things – and the former is easier to understand than the latter. If your proposals are focusing on the cost of your service / product and not the value of it, you have a huge opportunity from here on out.

Home renovations provide a great analogy. Let’s say you renovate your house: exterior, floors and kitchen to the tune of $35,000. That’s the cost, and it’s not cheap – and presenting it can make for a difficult decision. But if it adds $75,000 of value to the home?

That decision just got a whole lot easier.

The same line of thinking can, and should, be applied to proposals. If we’re talking web design: sure, a well-executed custom site might cost the client $25,000. But if they’re in a competitive industry where they’re competing for $250,000+ contracts? The value of that well-executed, discoverable, lead-generating website is worth way more than the cost.

So, start talking about value.

You didn’t take a unique angle.

We’re often in situations where we’re one of multiple agencies asked to submit proposals for the same project. You’ve likely been in a similar position. The key line of thinking, in situations like these, should be: what is every other shop going to say? What are their unique angles going to be? And how can we differentiate?

It will change from project to project, and sometimes your point of differentiation will be lost or misunderstood. Often, though, your unique angle will be what wins you the job.

Here’s a real-life example from our shop. In a proposal, we harped on lightweight, mobile-first design & development for a client whose user base was in third world countries where high-speed internet wasn’t always available – and the most popular mobile phones were cheaper, less powerful ones. That mobile-first angle, in part, won us the contract.

Price bracketing is a simple concept to execute with proven results. Here’s a quick ‘n’ dirty explanation: in the Pricing section of your proposal, lay out a pricing table with three options for your services/product (as opposed to just one option). Give those options names like Premium, Pro, and Standard – and include features/deliverables and a price for each option that reflects those names.

Now your prospective client has a choice other than yes or no; they can see all ends of the spectrum, and there’s some real proof that people will often choose the middle option.

You tried to upsell, instead of starting with everything & then removing features.

Keeping with the psychology of pricing, proposals, and bracketing, here’s a simple change you can make when laying out your three-option pricing table. Instead of starting at the lowest-cost option (“Standard”) and adding on features, start at the highest-cost option (“Premium”) and remove features down the line.

The result here is a shift in perception on the client end: their thinking goes from “These extra features cost more” to “I don’t get these features with the Standard package”. It’s a simple form of loss aversion.

You talked too much about what you’ll do, not what the client will get.

This is a simple syntax change that can reap benefits in your proposals – make it about what the client will receive, not what you will do. Here’s a simple example. Talking about what you’ll do reads like this:

We will build you a new website that uses WordPress as a CMS.

Instead, rewrite it to focus on what the client will get:

All of a sudden, you’re not talking about yourself. You’re letting the client know a tangible deliverable and a benefit associated with it.

You gave up too soon.

The purchasing cycle is a decision cycle, and dependent on the level of cost and risk involved, it varies greatly. I mean, if you’re buying a t-shirt online for $20, it’s a pretty low-cost, low-risk purchasing decision. However, if you’re a client looking to sign a custom web design & development contract worth $35,000, it’s a much bigger decision.

You can’t just meet a client, send them a proposal with a price tag worth tens (or hundreds) of thousands of dollars… and then just leave it. Sometimes the client will come back quickly with a decision, but often I’ve had to follow up two or three times. In fact, we’ve closed deals at Paper Leaf months and months after we sent the original proposal.

So don’t just send your proposal and then check out. Instead, check in and see if you can help answer questions and move the decision process along.

All in all, proposals are an inexact science at best. The points outlined here, though, are points we’ve learned from both winning and losing big contracts. Give them a shot – the results might surprise you.