Here’s the deal. Networking sucks and you’re probably bad at it.

I say that because I believe it too: I hate networking, and I’m bad at it. So I don’t do it. But that doesn’t stop me from meeting new people, in a business setting, who sometimes refer projects to Paper Leaf.

Wait a minute… isn’t that networking?

Not in my mind, and I’ll explain to you why. But first a little story. 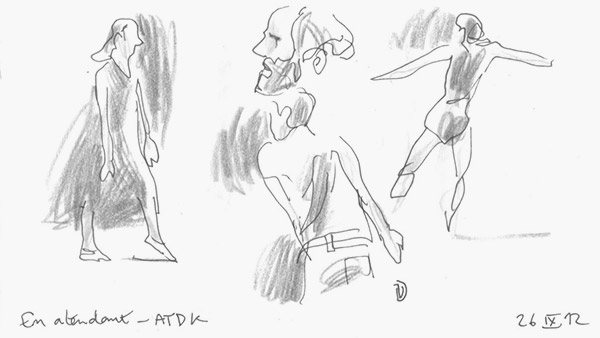 A while ago, I was out for a pint with a girl (we’ll call her Christy) who was looking to strike out on her own, into the legitimately terrifying world of freelance design. She had gotten my name from a friend in the industry, and wanted to pick my brain a bit about how we grew Paper Leaf from a two-person operation into (at the time of this writing) a five-person business whose revenue has doubled every year.

I absolutely love having these conversations, which happen every so often. I can talk business for days; I love hearing where people are coming from & what their plans are, and seeing if I can help them out.

The beer doesn’t hurt either.

Anyway, in this instance, Christy was an illustration-focused designer, aiming to build a client list in order to strike out on her own. However, she was having trouble finding clients and work, which is sorrrrrt of required if you want to not live on the streets desperately using your Moleskin notebook as a blanket.

I mentioned to her a key point I always come back to in instances like these – go meet people & get involved in your local design / business community. The response from Christy was this:

I’ve been out trying to network at all sorts of events. I meet people, I give them my card, and I even follow up reminding them to contact me if they need any work. But I never get any work from them.

Seems like a totally logical thing, yeah? If you want business, you network. Networking means giving people your card and telling them what you do, right?

No, it doesn’t. It all comes back to a key misunderstanding of the term “networking”. Let me explain.

The Problem with Networking

Christy’s approach above wasn’t with ill intent or any of that. I used to do it too. The approach was just a little misguided, and it’s the problem many people who struggle with “networking” have.

The general misunderstanding of “networking” as a selfish action.

I give them my card. I follow up with them. I remind them that if they have work, contact me.

There’s a lot of “I” and “me” in that statement above. Where’s the benefit to the person you’re meeting? Unless they have an immediate, unmet need for the services you provide – which is a long shot – there is likely little benefit to their connection with you.

How many of you approach a networking event (man, I hate that term) with that sort of mindset? “I’m going to meet people who I might be able to get some business from”, or “There will be a lot of potential business opportunities at this event”, etc?

That mindset is wrong. It’s inherently selfish. That’s why your networking attempts are failing and fruitless.

Here’s how to fix it.

Stop thinking of your local business events as “networking opportunities” and start thinking of them as opportunities to help people. Be a giver, not a taker. Change your mindset from a selfish one to an unselfish one. It’ll come back around, trust me. 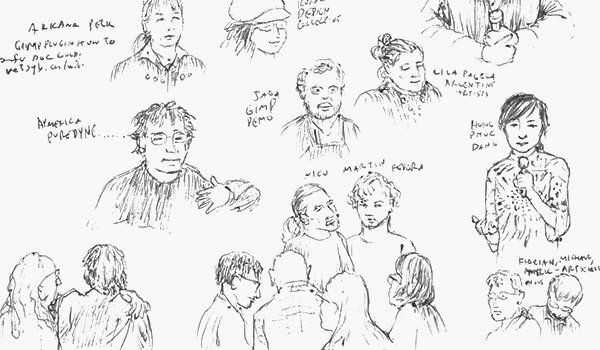 If you can provide a benefit or helping hand to someone, they’ll remember that down the road when they actually need your services. For example, who do you think the marketing manager will call when they need design services? Designer A who gave them his card and talked about all the skills he has, or Designer B who asked the marketing manager about their business and then followed up with a helpful article / lead / web application that may be of interest to them?

My money’s on Designer B, all other things equal. We refer a lot of business leads that aren’t good matches for us to other agencies and freelancers, and we send them to the people who helped us out in the past. They don’t go to the guy who wants to meet for coffee, then gives me an uninterrupted 20-minute-long sales pitch (yes, that’s happened).

So stop aiming to generate business. Aim to understand and help people.

How to Apply This Mindset

Let’s bring our newfound mindset back to Christy and put it into practice.

Old Christy’s method went along like so: Gear up for “networking” – an opportunity to drum up some business. Approach, say, an owner of an online marketing firm. Shake hands, swap cards, and talk about herself a bit. Then, a day or two later, she follows up with an email along the lines of “Don’t forget about me – I can design things! Pay me money to do that!”

New Christy’s method is more like this: Gear up for an opportunity to learn about other people’s interests & challenges – don’t even think of the word “networking”. Approach the owner of the online marketing firm – introduce herself, shake hands, ask for the owner’s card, and then ask questions about their business and what they do (it sort of goes without saying that you need to be genuinely interested, but I hope you are – there’s a lot of interesting stuff to learn out there).

Then, in a day or two, she follows up with an email with something actually helpful to the online marketing owner’s business. Perhaps that’s an article on lead conversion optimization she stumbled upon; maybe it’s an eBook on managing employees her old boss swore by; maybe it’s a potential lead that the online marketing firm is a better fit for. She repeats this last step here and there, and importantly, doesn’t have any expectations from her actions.

Meet people and look for ways you can help them. Understand their business, their pain points, and their challenges – keep them in mind. Then, when you come across a helpful article, eBook, application, referral and so forth, send it to them. Don’t expect anything back in return. Be genuine.

That’s why I don’t network. I try to meet & help people. If you genuinely do the same thing, the business will follow.